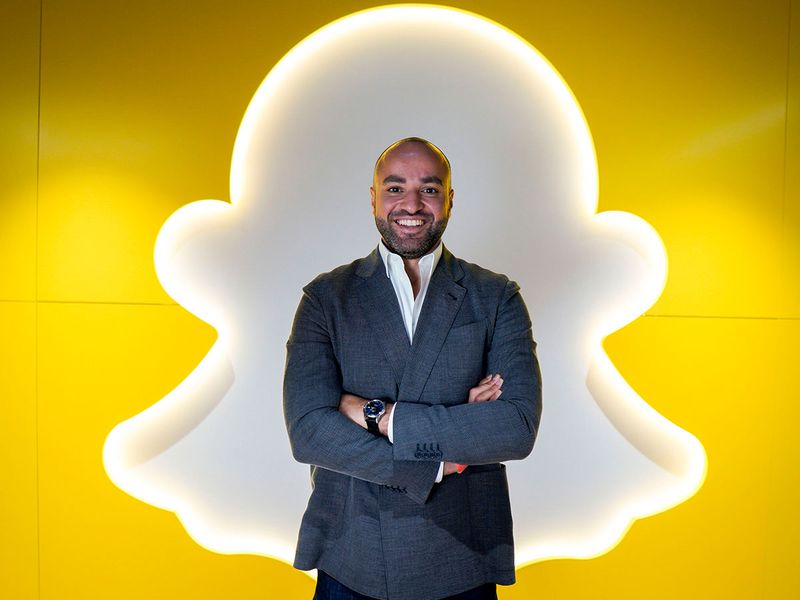 Dubai: Talk about total control – Snap’s hold on young users’ engagement with the social media platform is showing no signs of waning.

Hussein Freijeh, General Manager for the MENA markets at Snap Inc., has the numbers to show anyone who doubts that hold over the young. “In Saudi Arabia, even though we have 19.5 million people who come to Snapchat, Snap is still growing, not just in member but even in the engagement,” he said. “During the month of Ramadan, we had people spend more than 77 minutes – now that’s above the global average.

“Where we see the greater engagement is among the local communities. In the UAE, we reach more than 60 per cent of the 13-24 year old demographic. That number touches 90 per cent in Saudi Arabia. Whatever we launched – like Maps or Augmented Reality (AR) – you typically find Saudis of all demographics among one of the most engaged in the world.”

Hussein Freijeh of Snap Inc. gives his reasons for why the region’s Snapchatters won’t be snapping out of that habit. Ahmed Ramzan & Irish Eden R. Belleza/Gulf News

Clearly, the transformation of Snap from a short-term messaging platform through Snapchat into something even more consequential is going down well with the core audience. It is also an audience that strays to another platform at the first signs of their current favourite turning a little less cool for their liking.

According to Freijeh, Snap’s regional numbers are picking up other age groups and demographics – without hurting the core audience. “Whatever demographic you are, you will find a place to engage with Snapchat,” he said.

“If you look at our business globally in the last four quarters, our engagement is increasing, our business is really healthy. If you just review our last earnings report, whatever bets we made even four years ago are actually working.

“Even though the Camera is the core of our innovation, there is our experience and investments in Snap Map, where we help Snapchatters find content based on geography. The Map is not to find a location but content that’s relevant to people.”

Comparisons inevitably will be drawn to the TikTok, the other visual heavy platform that caters to more or less the same sort of audience. Not just users, the platforms also target brands and businesses that want to reach out to their users.

“We invested massively in the ability for businesses to ‘talk’ to our communities and to be able to drive them to their digital touchpoints,” the GM said. “And we gave them the ability to measure, to see the value of the volume of business coming to them, whether offline or online. They are able to measure the dollar-to-dollar success ratio.

“Augmented Reality is the core to our users – and businesses are turning those AR experiences into brand experiences. If in the beginning it was for fun, it has become a utility to drive usage and drive more value for Snapchatters. This will be one of the key areas we will invest in.”

All through the Snapchat evolution, one detail remains non-negotiable – the right to privacy. Snap and Apple have been pushing the boundaries on how far tech is willing to keep user details private and not end up being used for marketers’ needs. It has become quite the touchy issue, but Freijeh says the Snap stance was clear from the out.

“The message disappearing in 24 hours and even the way the platform is designed – no share, no public likes – are part of the DNA of the product,” he said. “Privacy is not a feature of Snapchat but a part. Even when launched Spotlight (which calls in users to submit content and be rewarded – we kept the same thing, no likes, no shares. We retained the ability for users to keep things private, even though Spotlight is one of the first time you see us going a little bit social.

“But all of which can only be done with user privacy.”

For Snapchatters in the region and elsewhere, it’s a detail that matters even as they clock in more minutes on the portal.