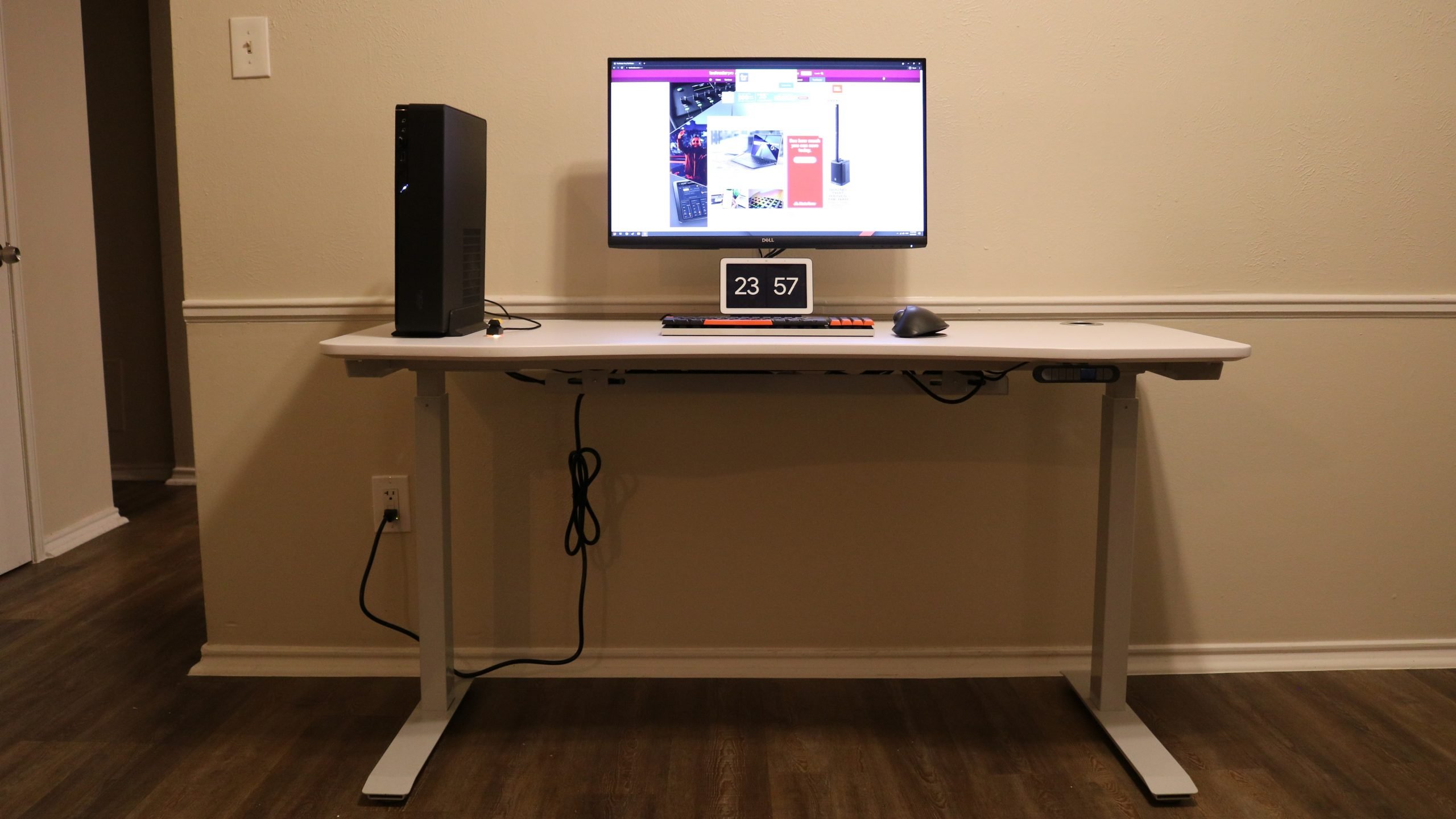 If you want to improve your health or just be more active, making the switch to a standing desk can be a great way to shake up your workday whether you’re working from home or have already returned to the office. This is because humans just aren’t designed to remain sitting for long periods of time. In fact, the damage done from sitting at a desk all day is even hard to reverse with regular exercise.

Based in the City of Industry in southern California, ApexDesk was founded by several self-proclaimed computer geeks who spent way too much time at their desks in front of a computer. It was then that the company’s founders began looking at adjustable desks that would allow them to easily switch from a seated to a standing position. However, at the time, even manual standing desks with a crank cost over $700. By tapping into their connections and partnering with Danish designers, ApexDesk’s founders were able to create a series of affordable ergonomic desks.

In this review, we’ll be taking a closer look at the shipping, packaging, assembly process, ease of use and features available in the ApexDesk Elite Series 60 electric standing desk to help you decide whether it’ll be a good fit in your office or your home workspace.

The ApexDesk Elite Series 60 is available on the company’s website for $599 though you can also purchase it from a number of other online retailers including Amazon and Newegg.

While it says that shipping is calculated at checkout on ApexDesk.com, we were pleasantly surprised to see that standard shipping was free and that the desk would arrive in three to seven days. According to ApexDesk’s FAQ, the company occasionally offers free shipping to ground shipments within the contiguous US.

It’s also worth noting that if you live in or near southern California, you can pick up your desk directly from ApexDesk’s warehouse but you will have to call first.

First released in 2015 and updated over the years with several improvements, the ApexDesk Elite Series 60 features a 1-inch thick desktop that is made of laminated medium-density fibreboard. The desk is 60 inches wide and 27 inches deep though since the mid-section of the desktop is curved at both the front and back, it has a depth of 23 inches. The edges of the desktop are beveled except at the back of the mid-section so that users can attach a monitor mount for improved ergonomics. The ApexDesk Elite Series 60 can also hold up to 235lbs (106kg) of equipment which makes it ideal for multiple monitor setups.

ApexDesk offers several desktops in a range of colors including black, walnut, red apple, bamboo, light oak and white to match the rest of your office furniture. The Elite Series 60’s frame is also available in either white or black in case you want a bit of contrast or to have it match your desktop.

The desk’s legs feature an “L” shape and each leg contains a motor with a fast speed of 1.5-inches per second. The legs attach to the frame using locking levers and their cables plug into a control box mounted in the middle of the frame.

Cable management is quite easy with the ApexDesk Elite Series 60 since there are two grommets on either side of the desk that allow you to run cables from a desktop PC under the desk to a monitor.

ApexDesk also sells an optional 36-inch cable management tray for $30 that bolts onto the back of the desk’s frame. Not only is the cable management tray wide enough to hold even a large power strip but since it hangs from the frame, you have plenty of room to work with when plugging in your devices. There are also holes on both sides and the middle to give you a bit of flexibility when it comes to plugging in your power strip regardless of where the nearest power outlet may be.

The ApexDesk Elite Series 60 sent to TechRadar Pro for review arrived in three boxes that were packed well and had plastic strips around them to prevent damage during shipping.

One box contained the desktop while another contained the frame and the third box was for the cable management tray. While ApexDesk provides two Allen wrenches, you will also need a Phillips head screwdriver to attach the control box and to mount the digital controller to the front of the desk.

To assemble the ApexDesk Elite Series 60, you’ll first need to attach the desk’s feet to their legs using an Allen wrench. From here, you have to secure a top support bracket to either side of the frame.

The legs are then inserted into the frame and this is where ApexDesk does things a bit differently than the competition. Two locking levers need to be inserted and pushed down on either side of the legs in order to attach them to the frame.

Now that the frame and legs are assembled, you need to attach them to the desk using an Allen wrench and mount the digital controller to the front of the desktop using a Phillips head screwdriver. If you ordered a cable management tray with your desk, now would be the time to assemble it and attach it to the back side of the frame using the four provided wing screws.

Now that your desk is complete, it’s recommended that you have someone else help you flip it over. As this is an electric desk with two motors, you will also have to initialize it before you can start using it. To do so, simply press and hold both the up and down buttons and release them when “000” starts flashing on the digital controller. The desk will go all the way down, then all the way up before stopping at mid-height.

After we finished assembling the ApexDesk Elite Series 60 standing desk, we decided to test it out using a mini-ITX desktop PC and a business monitor from Dell. As we mentioned before, the grommets on either side of the desk make it very easy to run the cables from your PC to your monitor. Without them, you would have to position the PC at the back of the desk to hide the cables but the grommets allow you to have your PC in the middle of the desk instead. They could also come in hand if you want to set up computer speakers on either side of your monitor.

The ApexDesk Elite Series 60 was very comfortable to use in either a sitting or a standing position due to the curved cut-out at the front of the desk. It allows you to be a bit closer to your monitor without feeling like you’re leaning on the desk itself. The width of the desk also gave us plenty of space for a keyboard, mouse and other peripherals.

If you’ve used other electric standing desks in the past, it might take some time getting used to the digital controller on the ApexDesk Elite Series 60. While pushing one of the numbered buttons once on the Branch Standing Desk and Vari Electric Standing Desk adjusts the height of the desk to one of your preset positions, with this digital controller you can either press a number button twice in rapid succession or hold the button to have it raise or lower the desk to your presets. Not a dealbreaker by any means but something to keep in mind when operating the ApexDesk Elite Series 60 standing desk.

Speaking of the digital controller, you can present up to four positions and save them to its numbered keys. To do so, first adjust the desk to your desired height, then press the “M” button along with one of the numbered buttons for three seconds until the displayed height starts blinking and release both buttons.

As the ApexDesk Elite Series 60 standing desk is available for $599, we’ll be looking at similarly priced electric standing desks that offer similar features. In this case, both the Branch Standing Desk and Vari Electric Standing Desk mentioned above fit the bill.

The Vari Electric Standing Desk is available in multiple configurations to suit the size of your workspace starting at $595 and going up to $795. Just like with ApexDesk, the company also offers an extra wide desk with a width of 72 inches. While ApexDesk’s cable management tray is fixed in place, Vari’s is able to tilt back and forth and this makes it easier to plug devices into a power strip. However, you’ll have to pay extra for a cable management tray with either desk while Branch plans to release its own cable management tray next year.

The ApexDesk Elite Series 60 is an excellent choice for those in the market for an affordable standing desk. Despite being released six years ago, we appreciate how ApexDesk went back and made improvements to its original desk and packaging to reduce damage during shipping. The company also offers plenty of desktop finishes to match your workspace and being able to choose a white or black frame was also a nice touch.

The grommets on either side of the ApexDesk Elite Series 60 and the curved mid-section also help this desk stand out from the competition. While sold separately, the cable management tray is one of the biggest we’ve seen yet and can even accommodate a power strip with two rows of plugs. There’s also a matching Elite Side Desk available for just $149 to give you even more workspace in your home office.

If you’ve been considering making the upgrade to a standing desk, the ApexDesk Elite Series 60 is easy to assemble, a pleasure to use and can be customized to match your current decor. ApexDesk also offers a 30-day return policy if you’re unhappy with your desk though you will be charged a 15 percent restocking fee. 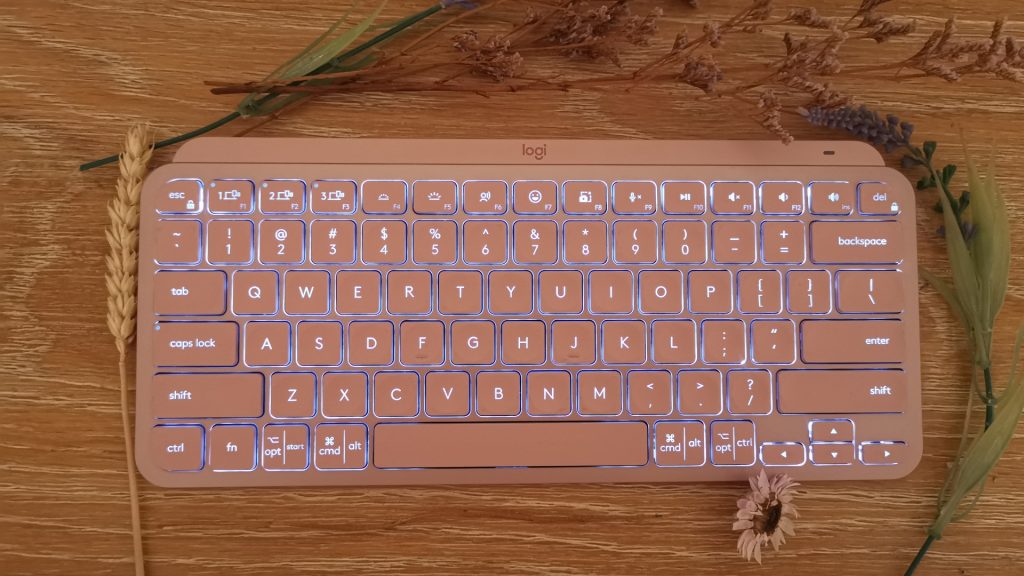 A fresh look and some subtle quality-of-life improvements make Diablo 2: Resurrected the definitive version of a classic game.